Burglar ends up with a carpeting: Criminal who stole neighbour's flooring before relaying it in own home is jailed for a year

A burglar was jailed yesterday after he stole a neighbour’s carpet . . . and re-laid it in his home five doors away.

Shaine Preston, 26, was arrested after DNA was found on a latex glove he left behind at the bungalow.

The carpet – worth £726 – and underlay in the conservatory had been pulled up and stolen, along with a television, a remote control and other items. The remote alone cost almost £194 to replace, the prosecution said.

Jobless Preston, of of Carlton Colville near Lowestoft, Suffolk, was jailed for 12 months at Ipswich Crown Court after he admitted burglary. He has 13 aliases and a string of convictions for dishonesty.

Catherine Bradshaw, prosecuting, said the of the house was away when Preston broke in just before 9pm on June 18.

A neighbour heard a suspicious noise at the home and contacted the owner, who alerted police.

A bathroom window had been smashed, apparently with a brick which was lying in the bath, police said.

Preston claimed he was asked to ‘move an old carpet’ and named another man – not prosecuted – as an accomplice.

The court heard that the other man had laid the carpet on the stairs and landing of Preston's home, while the burglar himself dumped the TV in a field.

Andrew Thompson, defending, said Preston had been drinking on the night he was asked to help.

Mr Thompson said: ‘He was somewhat at a loose end at the time of the offer.

‘He was approached by an acquaintance he knew moderately well who indicated he needed help to move property from a building.

‘The defendant’s address and this address were fairly close.

‘He did go and get a latex glove from home in order to assist his acquaintance in carrying it [the carpet] out.’

Judge Rupert Overbury told Preston that he had caused serious damage to the house during the raid.

He said: ‘Breaking into other people’s homes whether they are unoccupied or not is a serious offence against the community.

‘It affects other people’s lives. It affected the owner’s life in this case.’

Transforming a simple staircase with stairods in Chelsea London 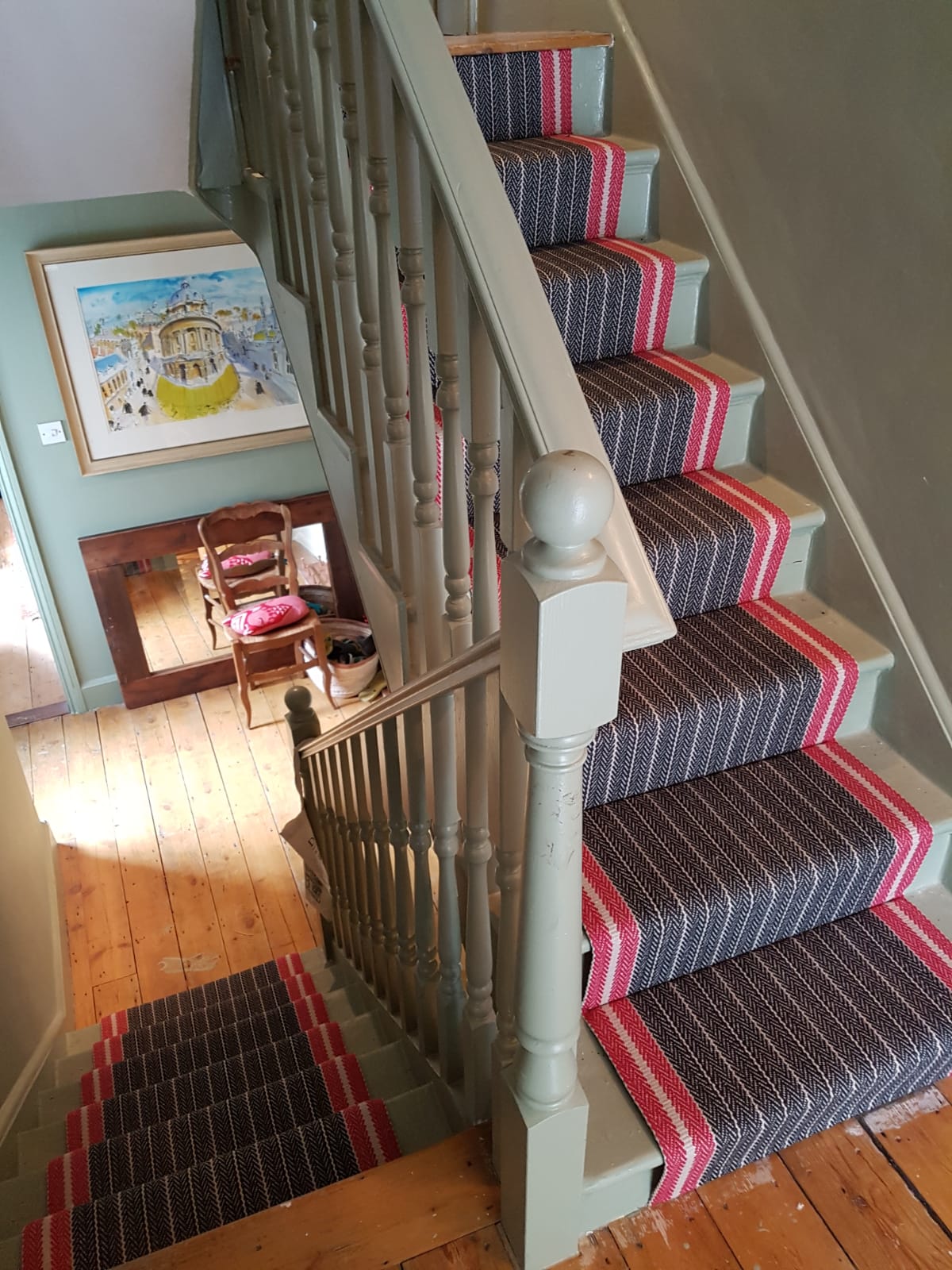 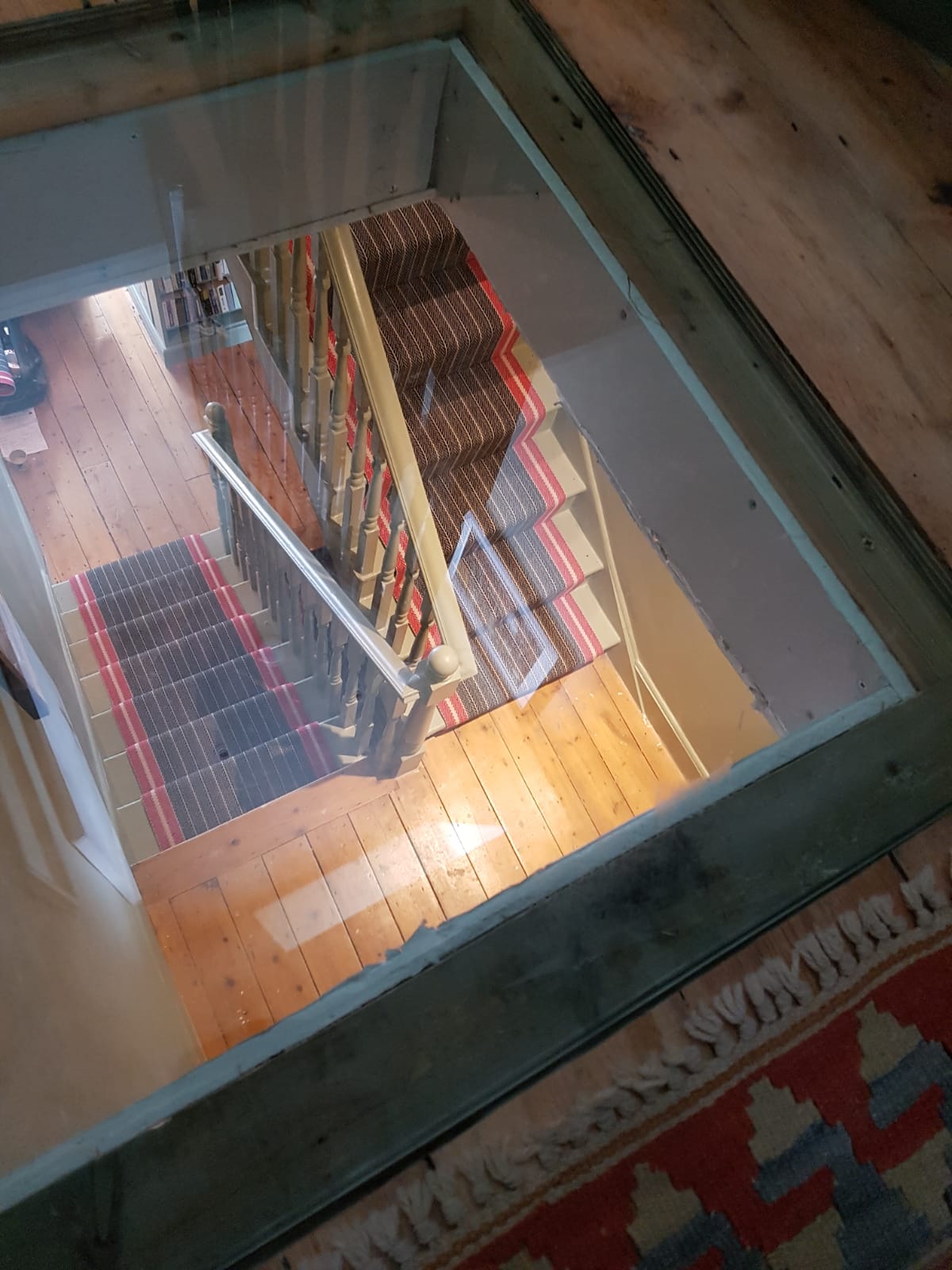 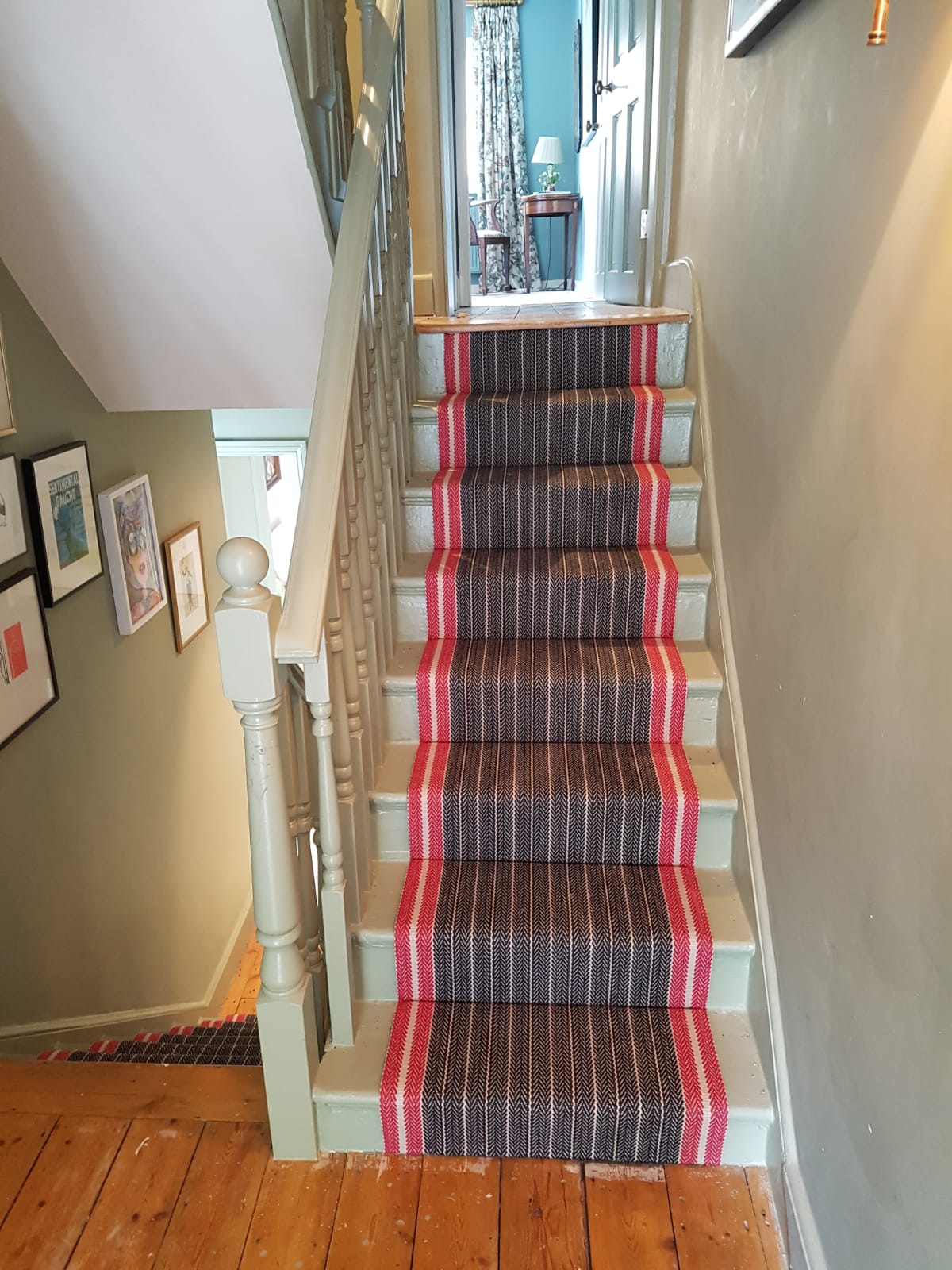 Carpet Express were given the task of preparing the red carpet for the Queen and the Royal Family to walk on at the world famous Chelsea Flower Show held at the Royal Hospital!

The carpet was delivered straight to site and 4 fitters worked throughout the day to make sure the sizes were accurate, the carpet was centred and that even the Chelsea Pensioners were happy.

Please see some wonderful aerial shots of the red carpet along with Sophie Rawold (Chelsea Flower Show reporter), visual creator Philip Johnson and a Chelsea Pensioner rolling out the carpet for PR purposes, and the Royal Family attending the event.

An exclusive opportunity for us to lay carpet on the walls of the Tate Modern to represent the artist Rudolf Stingel, who loved the idea of the public being able to run their fingers through a carpet, leaving an imprint that can be brushed clean ready for the next person to create their work of art.

We arrived in the morning and by end of play, Carpet Express literally had a work of art hanging on the walls of the Tate Modern!